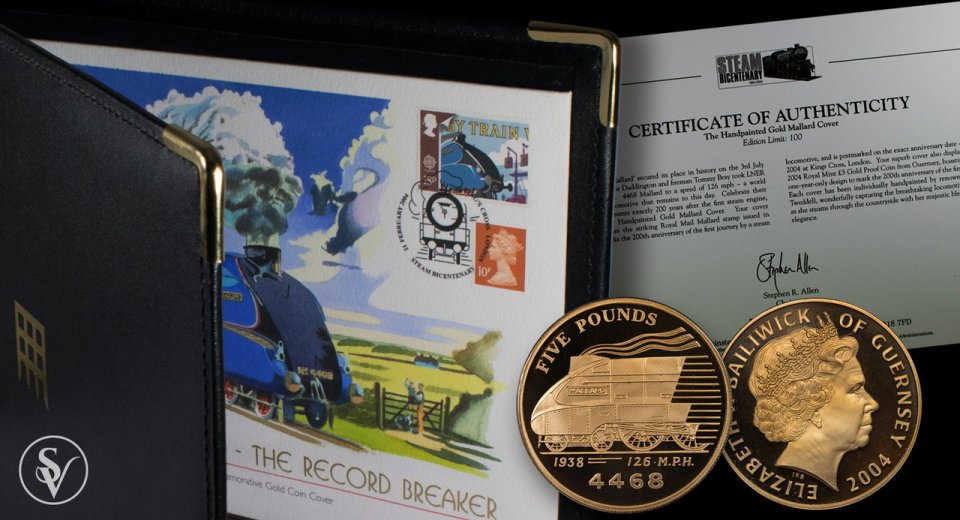 Mallard took her carriages through Grantham station at just 24mph because of permanent way work, and then accelerated to almost 60mph over the next two and a half miles up a rising gradient of 1 in 200, eventually reaching almost 75mph over the next mile-and-a-half to Stoke summit, again over a further stretch at 1 in 200. Descending Stoke Bank, the speed rose to 116mph, and then to 119mph, and then crossed the 120mph mark where it stayed for the next three miles, reaching a maximum of 126mph. The locomotive maintained a speed of between 123mph and 126mph for nearly two miles. The record-breaking run was then curtailed as the opportunity was taken to conduct a brake test from such a high speed and the train was approaching the curve at Essendine, which also included several sets of points, and it was thought unwise to take these at such a high speed.