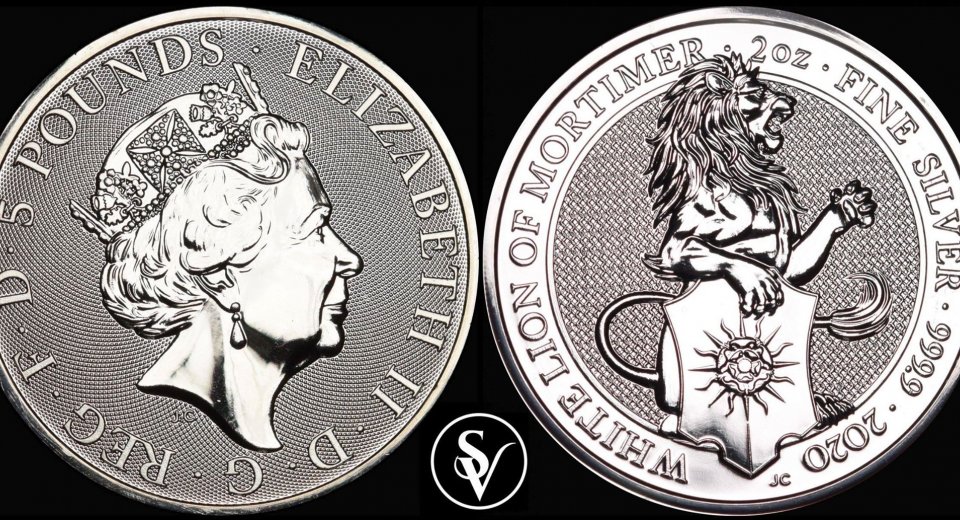 The 8th release in the Queen’s Beasts 10-coin series commemorates the White Lion of Mortimer.

The White Lion was passed to Queen Elizabeth through Edward IV. Unlike the Lion of England, the While Lion of Mortimer is often depicted uncrowned. Each coin is intricately struck in 2 oz fine silver and bears a face value of 5 pounds backed by the British government.