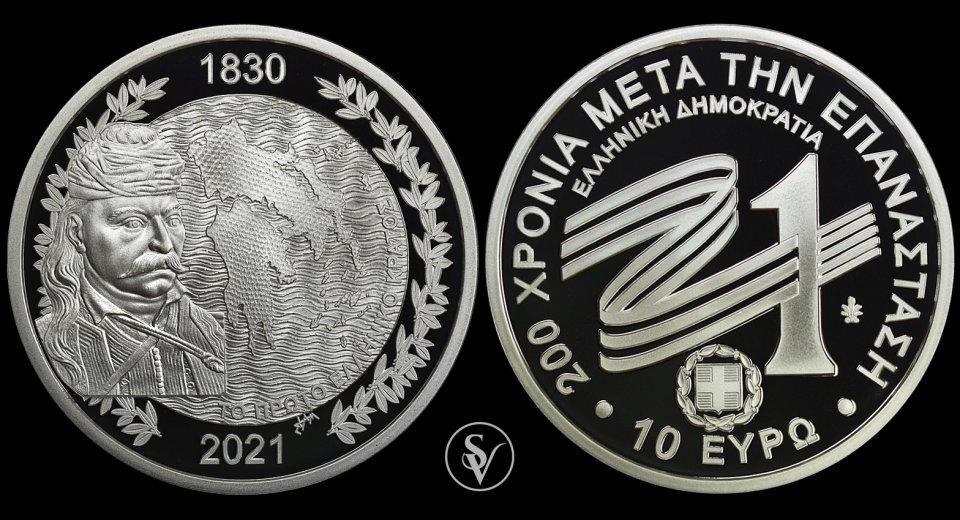 Greece was recognised as an independent sovereign state by the London Protocol of 3 February 1830 , signed by Great Britain , France and Russia. Its borders included the Peloponnese , The Argosaronic islands , Central Greece , Euboea , the Sporades and the Cyclades.

The Treaty of Constantinopole (July 1832) extended Greek territory to the Ambracian-Pagasetic gulfs line , while the London Protocol of 1832 awarded Greece the district of Lamia.

The coin portrays Theodoros Kolokotronis (1770-1843) a pre-eminent military commander in the greek War of Independence, whose strategic brilliance , experience and far-sightedness , were decisive in major Greek victories.( Dervenakia- Tripolitsa).