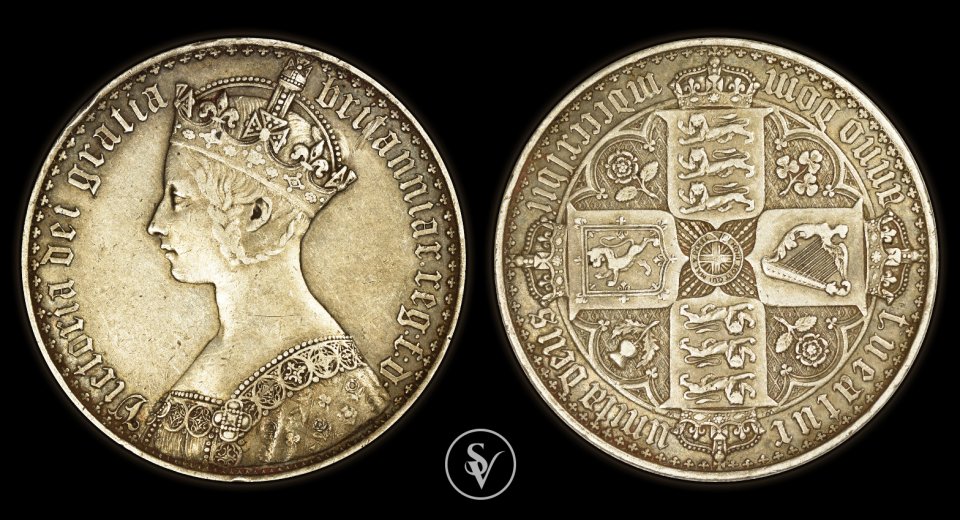 The edge is inscribed in raised lower case gothic style lettering, with roses and crown separators:

Large bust of Queen Victoria, crowned, and with a long hair braid, wearing a dress richly embroidered with roses, shamrocks and thistles. The engraver's initials W.W. for William Wyon, are incuse on the truncation below the shoulder.

The obverse inscription appears in gothic style script, in upper and lower case. This in itself is quite unusual, in that most coin inscriptions are in upper case (capitals) only.

Crowned cruciform shields bearing three lions passant for England, lion rampant for Scotland, and harp for Ireland. In the angles are roses, a shamrock and a thistle. In the centre, the Order of the Garter, bearing the inscription "HONI SOIT QUI MAL Y PENSE". All contained within a tressured circular panel.

The reverse design was also by William Wyon, whose initials appear incuse on the circle at either side of the topmost crown.