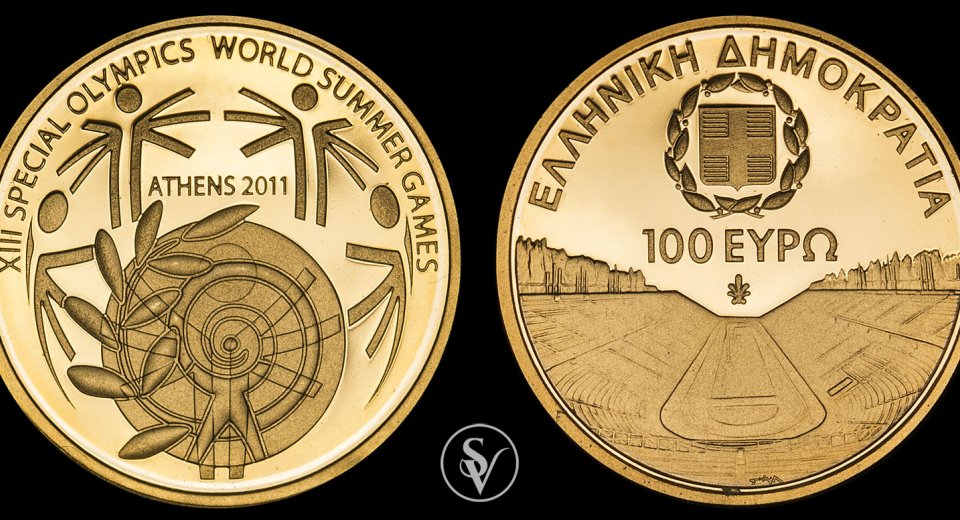 The coin shows the Panathinaiko Stadium, a marble stadium (Kallimarmaron) located on the Ardettos hill in Athens. In 1896, when the first Olympic Games of the modern era were to be held, the stadium was reconstructed. The inauguration of the stadium was celebrated on 25 March 1896 (Greece Independence Day), together with the opening of the first Olympic Games of modern times. The obverse of the coin shows the emblem of the Games, a radiant sun the source of life that underlines the excellence and power of the athlete that takes part in the Games. Excellence is depicted in the olive branch and power in the spiral form in the center of the sun.