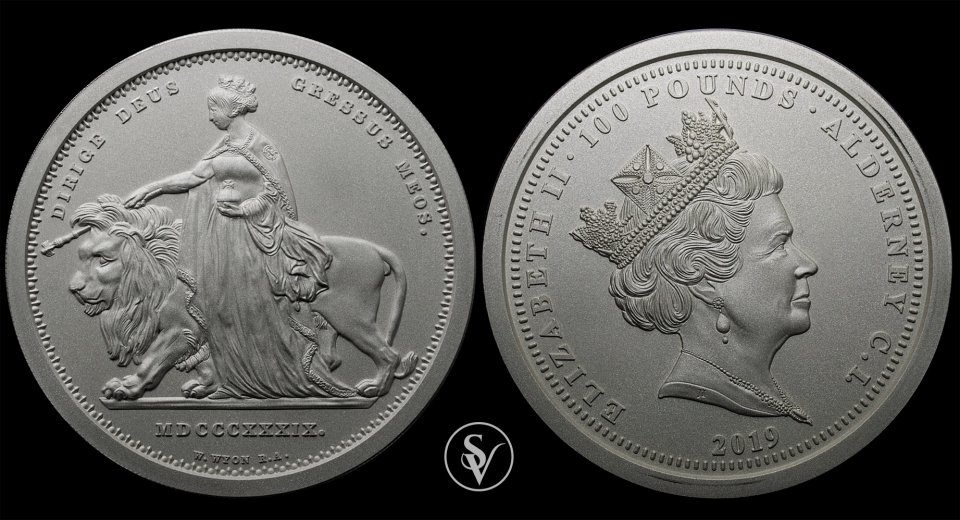 The reverse of the coin depicts the marvellous image of Una and the Lion. All around the reverse, the inscriptions: “DIRIGE DEUS GRESSUS MEOS” – a latin motto that stands for: May God direct my steps and “MDCCCXXXXIX” – 1839 in Roman numerals.

The obverse of the coin depicts the effigy of Her Majesty Queen Elizabeth II and the inscriptions: “ELIZABETH II” – the name of the Queen, “ALDERNEY C.I.” – the issuing country and “2019” – the year of issue.