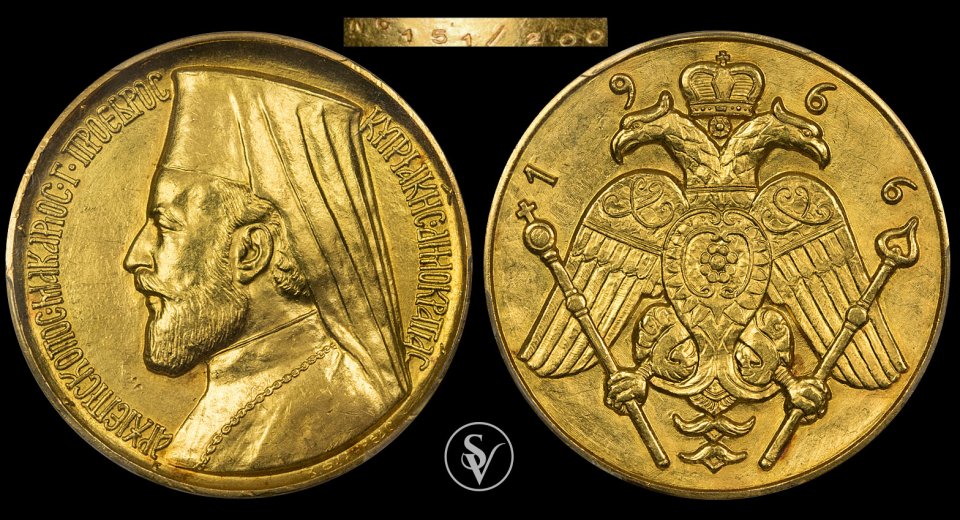 200 x 5 pounds were produced each numbered on the edge. The selling price of the issue was 600 cypriot pounds.

It is believed that 60 of them were melted from a stockbroker.

Extremely rare coin , a must buy for every 5 pound collector.