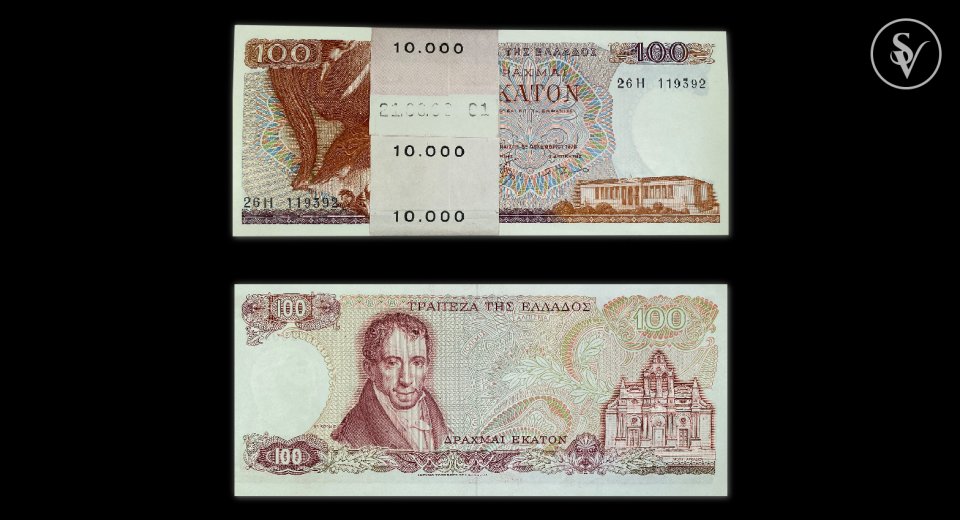 Theme: Education and its contribution to the nation's independence.

Obverse: Head of Athena of Piraeus, goddess of wisdom and crafts, war and strategy, and inventions in science, industry, art and agriculture, a bronze statue from an Archaeological Museum of Piraeus, wearing a crested Corinthian helmet, with Medusa's locks visible at her neck. Neoclassical headquarters of the University of Athens.

Reverse: Adamantios Korais (1748-1833), a classical scholar and medical doctor who earned the title of "Teacher of the Greek Nation" for his role in the intellectual revival that took place in Greece before the outbreak of the Greek War of Independence in 1821.

The image is based on a portrait in the National Historical Museum in Athens. Church of Arkadi Monastery in Crete, a symbol of Greek independence from Turkey.