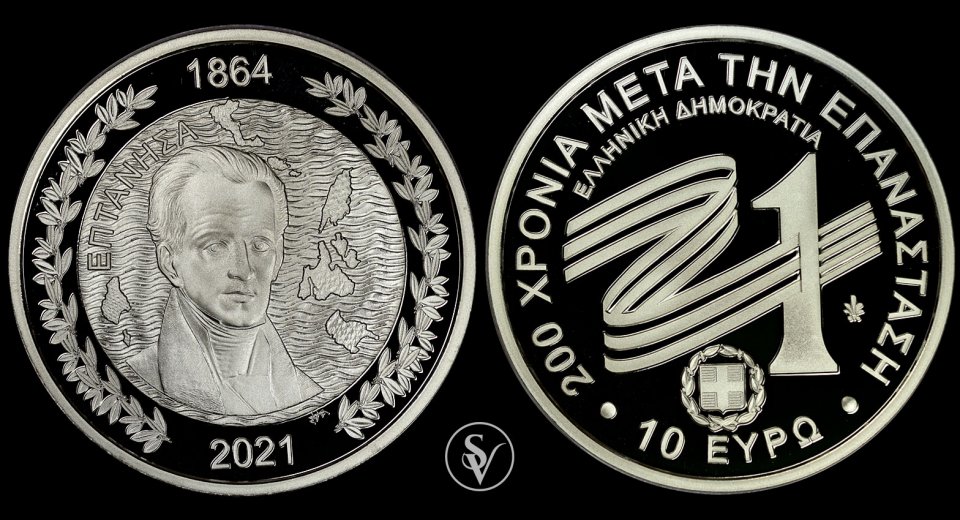 The Heptanesians played an important part in the Greeks’ struggle for independence, defying initial opposition from Great Britain. The Ionian Islands were ceded to Greece by Great Britain in 1864 on the occasion of the accession of King George I to the Greek throne. Portrayed on the coin is Ioannis Kapodistrias (1776- 1831), from Corfu. After a brilliant diplomatic career on the European stage, Kapodistrias became Governor of newly liberated Greece and led the first major institution-building effort with a view to creating a modern state.

TECHNICAL SPECIFICATIONS AND OTHER INFORMATION