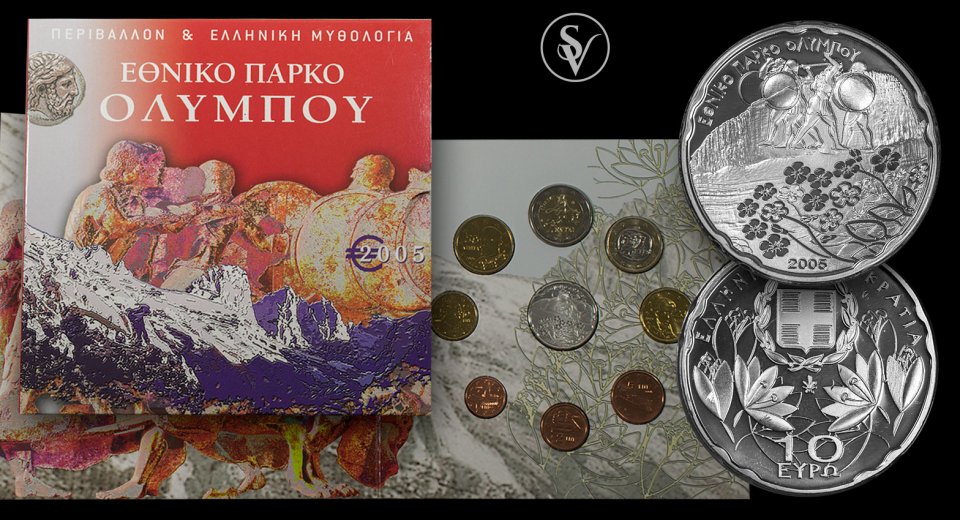 Hellas - Mount Olympus 2005. Mount Olympus is the highest mountain in Greece (2,917 meters at its highest peak, Pantheon or Mytikas). In ancient Greek Mythology, Olympus was the home of gods, under the rule of Zeus. In 1987 the mountain was declared a National Park, the first in Greece, and in 1981 Unesco declared it an "International Biosphere Reserve". The set contains a complete series of the 8 Greek euro coins dated 2005 and a silver coin commemorating the declaration of the mountain as a national park.

In it's original packaging that was issued from bank